Brenda Crabtree
Director, Aboriginal Programs & Special Advisor to the President on Indigenous Initiatives
bcrab@ecuad.ca
Brenda received her BA and MA (Cultural Anthropology) from Western Washington University. She belongs to the Spuzzum Band and has both Nlaka’pamux and Sto:lo ancestry. Her weaving focuses on traditional fibers such as inner cedar bark, cedar roots and spruce roots, as well as wool. 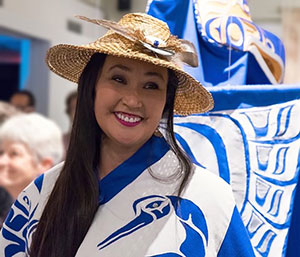 Connie Watts
Associate Director, Aboriginal Programs
conniewatts@ecuad.ca
Connie Watts is an interdisciplinary artist, writer, curator, educator and designer of Nuu-chah-nulth, Gitxsan and Kwakwaka’wakw ancestry. Born and raised in Campbell River, Connie has a Bachelor of Interior Design from the University of Manitoba, and a BFA from Emily Carr. Her award-winning work is often rooted in forms and knowledge drawn from First Nations cultures, while her sculptural objects incorporate modern fabrication and design techniques. She has shown nationally and internationally, and her work is included in numerous corporate and civic collections. 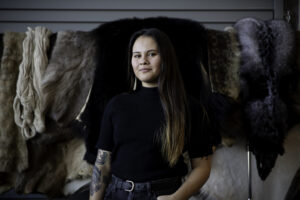 Sydney Pickering
Aboriginal Program Coordinator
spickering@ecuad.ca
Sydney Frances Pickering is a member of Lil’wat nation. She is currently living and working on the unceded territories of the xʷməθkʷəy̓əm (Musqueam), Sḵwx̱wú7mesh (Squamish), and Səl̓ílwətaʔ (Tsleil-Waututh) peoples. Her multi-disciplinary practice includes hide tanning, video, sound, beadwork and poetry. She uses her practice to tell her family’s story, speak colonial society. Her work over the past few years is grounded by her continued connection to land-based material practices. 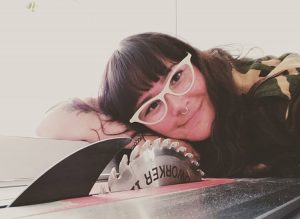 Meghan Weeks
Foundation Technician
mweeks@ecuad.ca
Meghan Weeks was born in Grande Prairie, Alberta.  She is part of the Sucker Creek First Nations, with her mother being Cree and father of English descent.  She has a Diploma in Interactive Digital Design from Grande Prairie Regional College and BFA in Media Arts from Emily Carr University.  She is an interdisciplinary artist, working with different mediums, such as, silversmithing, beadwork, woodworking, and photography.

Brenda Crabtree, Aboriginal Program Manager
Brenda received her BA and MA (Cultural Anthropology) from Western Washington University. She belongs to the Spuzzum Band and has both Nlaka’pamux and Sto:lo ancestry. Her weaving focuses on traditional fibers such as inner cedar bark, cedar roots and spruce roots, as well as wool.

Kajola Morewood, Academic Advisor
Kajola graduated from Emily Carr with a Bachelor of Fine Art, major in Photography. She is of Inuit ancestry and is currently exploring the ideas of cultural and geographic displacement as part of her art practice. Dr. Mimi Gellman
Associate Professor
mgellman@ecuad.ca
Mimi is an Anishinaabe-Ashkenazi Métis (Ojibway-Jewish Métis) conceptual artist, educator and PhD candidate in Cultural Studies at Queens University.  Her upcoming PhD dissertation, “Between the Dreamtime and the GPS/ the Metaphysics of Indigenous Mapping,” will explore why land matters through the lens of Indigenous maps and will be manifested as an embodied project-based PhD.
Current Courses: 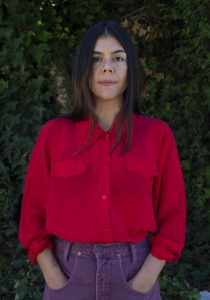 Gabrielle L’Hirondelle Hill
Assistant Professor, Interdisciplinary Art Praxis | August 2020
Gabrielle L’Hirondelle Hill is a Metis artist and writer who lives and works on the unceded lands of the Sḵwx̱wú7mesh, xʷməθkwəy̓əm and Səl̓ílwətaɬ nations. Hill’s artwork, primarily focussed on sculpture and drawing, uses found materials to probe concepts of land, property, and economy. Her work has been exhibited extensively, including at Cooper Cole in Toronto, Unit 17, The Polygon, The Morris and Helen Belkin Gallery, and Grunt Gallery in Vancouver, and the Art Gallery of Alberta. Hill is a member of BUSH gallery, an Indigenous artist collective. Her writing has also been published widely, most recently in Beginning with the Seventies (2019), and she is co-editor of the anthology The Land We Are: Artists and Writers Unsettle the Politics of Reconciliation (2015). Hill holds an MFA from California College of the Arts and a BFA and BA from Simon Fraser University, Vancouver. Gabrielle is Assistant Professor in Interdisciplinary Art Praxis. 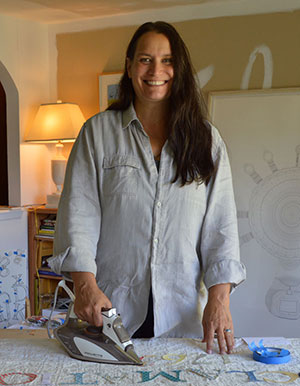 Gina Adams
Assistant Professor, Foundation
gadams@ecuad.ca
Gina is a contemporary Indigenous hybrid artist of Ojibwa Anishinabe and Lakota descent of Waabonaquot of White Earth Reservation in Minnesota. In 2013, Gina received an MFA from the University of Kansas, where she focused on visual art, curatorial practice, and critical theory. In 2002, she received a BFA from the Maine College of Art. Gina comes to Emily Carr from the Faculty of Visual Arts in Naropa University in Boulder, Colorado. 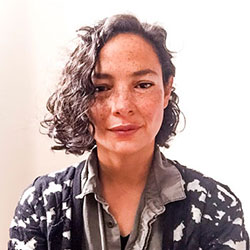 Christine Howard Sandoval
Assistant Professor, Interdisciplinary Art Praxis
chowardsandoval@ecuad.ca
Christine is an Obispeño Chumash and Hispanic artist. She comes to Emily Carr University from Parsons The New School for Design (NYC). Her work challenges the boundaries of representation, access, and habitation through the use of performance, video, and sculpture. She has been awarded residencies at Colorado College, the Santa Fe Art Institute, Triangle Arts, and The Vermont Studio Center. She holds a BFA from Pratt Institute and an MFA from Parsons The New School for Design. 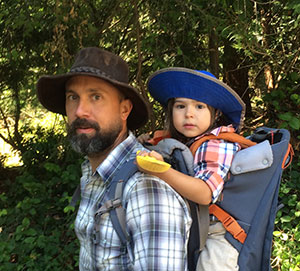 Jay White
Assistant Professor, Foundation
jaywhite@ecuad.ca
Jay is an interdisciplinary artist and animator of Mi’kmaq and European descent who activates storytelling across multiple platforms and various media to transmit land-based knowledge to future generations. After completing a BSc in Civil and Environmental Engineering from UBC in 1996 and a Diploma in Computer Animation from the Vancouver Film School in 1997, Jay received an MAA from Emily Carr University in 2014. He has been teaching at Emily Carr as a sessional faculty member since 2008. Lindsay McIntyre
Assistant Professor
lindsaymcintyre@ecuad.ca
Lindsay McIntyre is a film artist from Edmonton of Inuk/European decent. She holds an MFA in Film (Concordia) and a BFA in Painting and Drawing (UofA). Her process-based media practice is largely analog and deals with themes of portraiture, place, form and personal histories. Working primarily with 16mm and experimental, handmade and documentary techniques, she also makes her own silver gelatin emulsion.
Current Courses: 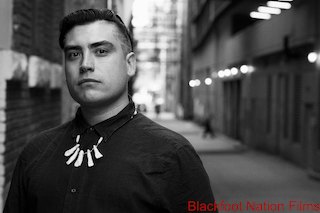 Colin Van Loon
Operations Manager, IM4 VR/AR LAB
cvanloon@ecuad.ca
Ahnahktsipiitaa (Colin Van Loon) originally hails from Piikani Nation aka Brocket AB and is a graduate of the SFU School of Contemporary Arts BFA Film Production program. He has worked in many facets of the film industry working on such films as The Revenant and Dirks Gently.  He is the Director and Curator of REEL RESERVATIONS: Cinematic Indigenous Sovereignty Series and the Reel IndiGenuity youth film series. Colin works on his own projects as a producer or filmmaker and is currently working at the NFB’s digital studio in Vancouver developing a 360 experimental documentary series. 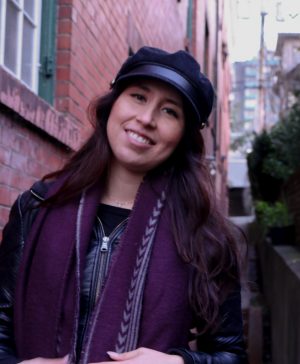 Alannah Mandamin-Shawanda
Project Coordinator, IM4 VR/AR LAB
amandamin@ecuad.ca
Alannah Mandamin-Shawanda is an Anishaabekwe from Wikwemikong First Nation in Ontario. Alannah primarily grew up in Alberta on the Treaty 6 territory where she graduated in Native Studies at the University of Alberta. She was one of the scriptwriters and film presenters on the massive open online course, Indigenous Canada, provided by the Faculty of Native Studies and Coursera. Alannah attended the Indigenous Independent Digital Filmmaking Program at Capilano University. This led her to work on set of Coyote’s Crazy Smart Science Show II.