Klatle-Bhi (pronounced “Cloth-Bay”) was born in North Vancouver, British Columbia in 1966. He began his life as an artist studying the works of his ancestors featured in museums and galleries. Klatle- Bhi spent many hours with artists Beau Dick, Wayne Alfred, Wade Baker and Rick Harry, absorbing their understanding and knowledge of native culture.

In his carving, which he has evolved over 25 years, Klatle-Bhi is committed to the spiritual and cultural expression of his ancestors. Many of his carvings express his own personal and spiritual journey through life. Klatle-Bhi has developed a style of carving which is unique and distinctive. It is his goal to achieve the highest level of craftsmanship and artistry that this cultural medium will allow. He believes that his journey as an artist has just begun.

Klatle-Bhi comes from a very traditionally rooted family where his Squamish and Kwakwaka’wakw cultures are a large part of everyday life. Aside from his artwork, Klatle-bhi aspires to maintain the languages, dances and songs of his ancestors. Klatle-Bhi believes both art and culture meet on a journey into the history of his people. Klatle-Bhi has taken on several apprentices to share the knowledge and experiences passed down to him with the next generation of up and coming artists. 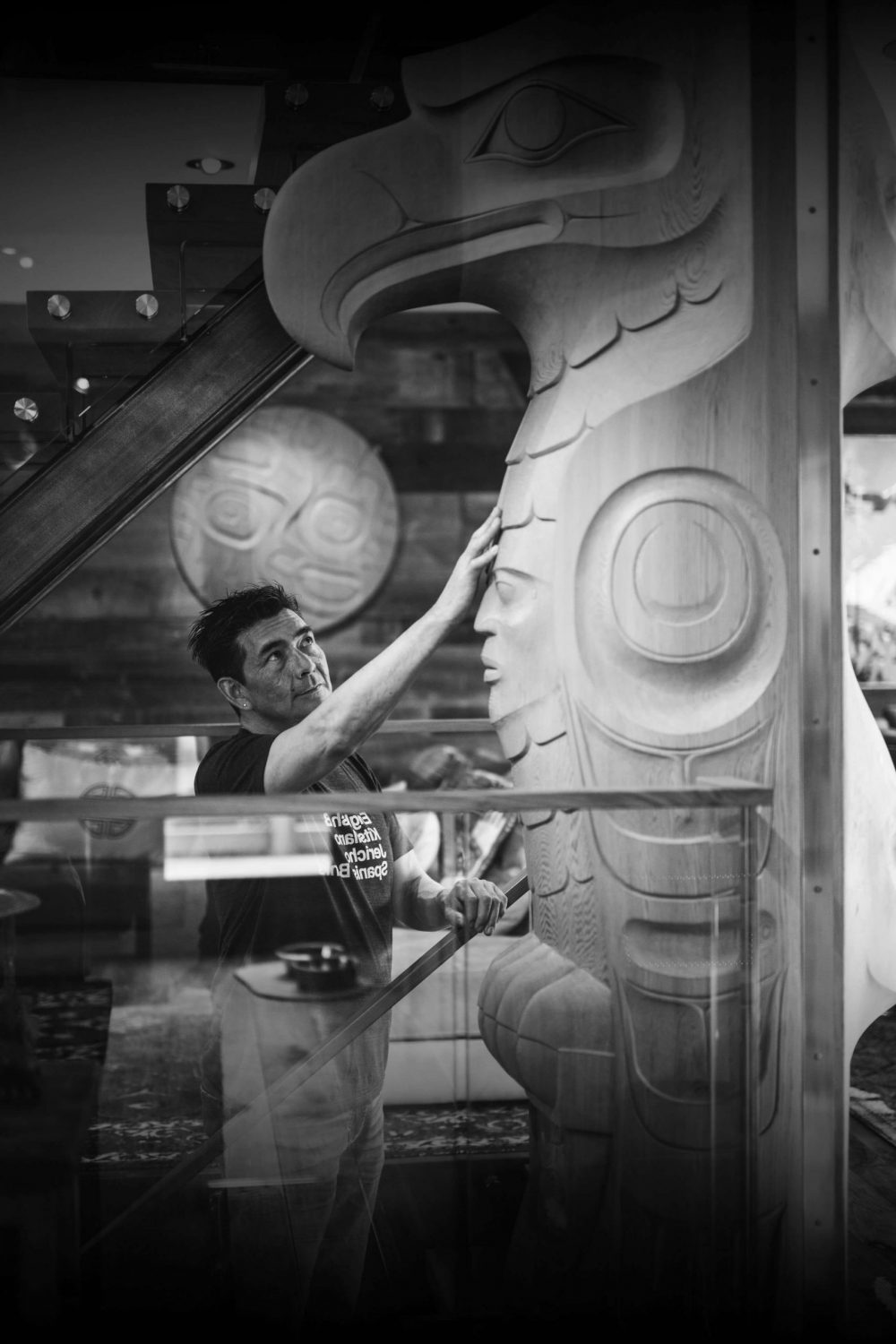