A new exhibition brings together sculptures by an intergenerational group of women from the ECU community in celebration of — and in contrast to — a seminal Vancouver artist and historical arts figure, Charles Marega.

Marega, who received classical arts training in Italy before emigrating to Vancouver in 1909, is perhaps best known today for his two lion sculptures, which stand at the south end of the Lions Gate Bridge. Between 1925 and 1939, he also served as the first instructor of sculpture at the Vancouver College of Art, which would later become Emily Carr University.

Currently showing at Vancouver’s Il Centro Italian Cultural Centre, the show, titled Pathways to Modernity, explores Marega’s “legacy and impact on the artistic landscape of Vancouver through a study in contrasts,” according to the exhibition text. Featuring sculptural works by artists Connie Sabo (BFA 2003), Sydney Pickering (BFA 2021), Lyndsay McKay (BFA 2020), and Debbie Tuepah (BFA 2011), the show takes Marega as one point along an evolution of the arts in British Columbia.

Emily Carr University of Art + Design announced today that Carleen Thomas has been named as the university’s next Chancellor. She will be the first Indigenous person to hold this position at ECU.

Ms. Thomas is currently the Special Projects Manager for the Treaty, Lands and Resources department at the Tsleil-Waututh Nation. Prior to this position, she served eight two-year terms as an elected council member for the Tsleil-Waututh Nation, in which she held the Community Development portfolio covering health and education. “We are delighted to welcome Carleen Thomas as our next Chancellor,” said Dr. Gillian Siddall, ECU’s President and Vice-Chancellor. “Carleen has demonstrated extraordinary leadership through her decades of service to the Tsleil-Waututh Nation. We’re grateful to have someone with her knowledge and expertise join Emily Carr University, especially as we work to decolonize and Indigenize our campus and meaningfully engage with the host nations on whose land we work and study.”

The Class of 2021 had an unprecedented final year, defined by the COVID-19 pandemic. While they were unable to gather in person with their peers, our students continued to develop their creative practices through hybrid and online learning. In addition to a small on-campus exhibition limited to graduating students and their families, their exceptional graduation work can be viewed at The Show 2021, an online interactive platform showcasing their diverse and stunning talents.

Forty-three graduation awards and honourable mentions were bestowed on these students for their remarkable achievements by our esteemed judges. In total, 30 students received awards valued at $26,090 based on their works in the show, their GPAs, or a combination of the two.

For much of history, the practice of design has been preoccupied with making lives better for the Western, modern white male, Louise St. Pierre tells me via video call.

Your clothes and shoes, your apartment, your city, your coffee mug, the headphones you plug into your ears, and, of course, the device you’re using to read this now. Someone designed all of it, she says. And for most of the world, those objects and items may have been designed for someone who looks nothing like them. This holds no less true for the non-human world.

Given the overwhelming influence design has on the world and our experience of it, what if changing how designers think is one of the keys to healing a broken relationship between human beings and the rest of the planet?

In fact, as students learn in Louise’s third-year ‘Design with More Than Humans’ courseand Zach’s second-year ‘INDD Core Studio-Design for Biodiversity’ course, it starts by attempting to look at the world through the eyes of another being. 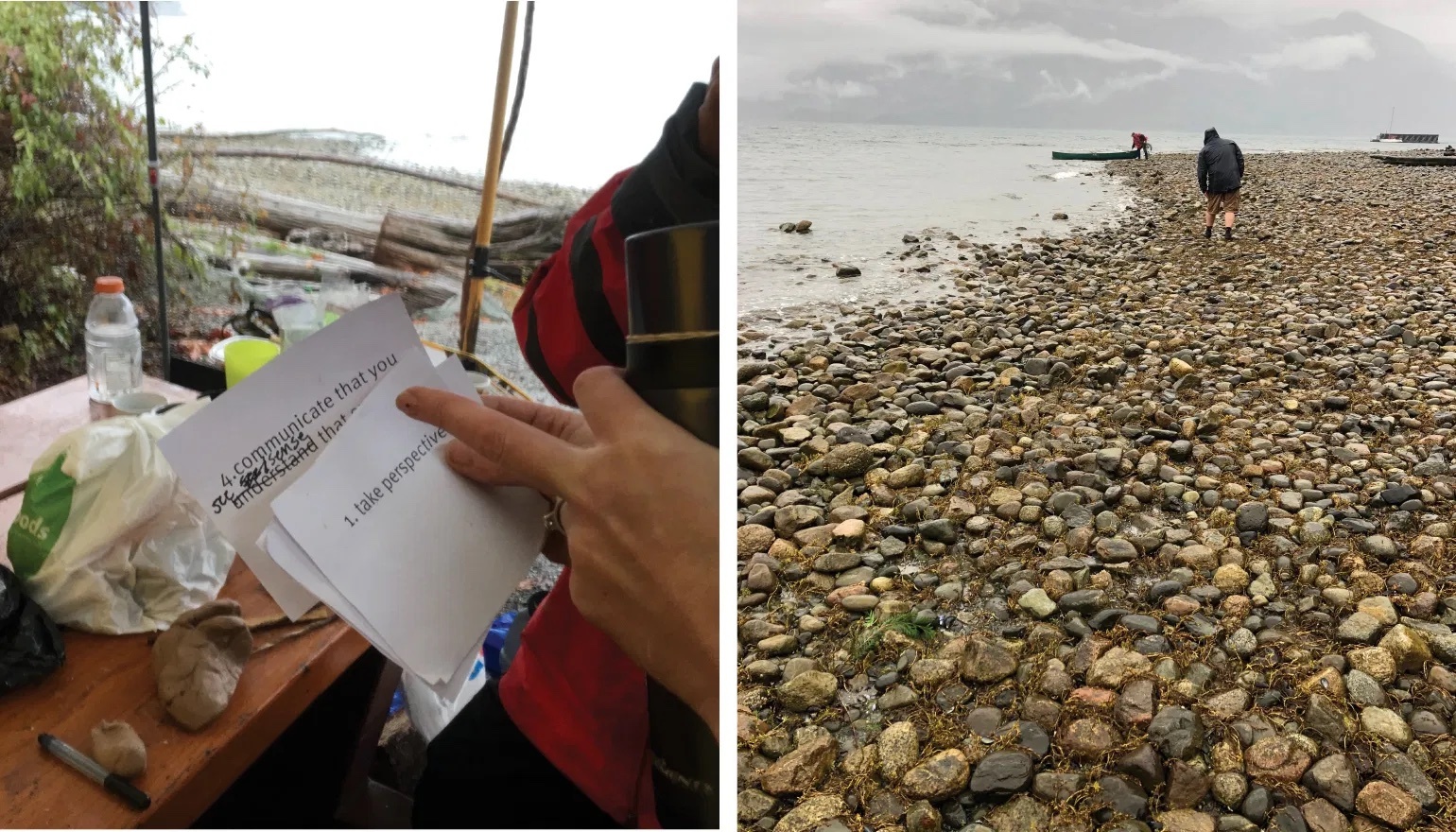 From Stuff to Sustainability

“If designers start to design for nature, with nature in mind as a priority emphasis, then automatically, without even really knowing it or seeing it, we’re disconnecting from the priorities of modernity and industry,” Louise says.

June 21 is National Indigenous Peoples Day in Canada. Since 1996, it has been an annual occasion for celebration and community gathering for Indigenous people across the country.

The past few weeks have been exceptionally difficult for the Indigenous community, as we mourn the children found at former residential schools in Kamloops, BC and Brandon, Manitoba. But as Billy-Ray Belcourt writes, “Joy is art is an ethics of resistance.” Standing with the Indigenous community in grief is important, but so too is celebrating their resilience and delight.

To that end, here are a few ways to mark this occasion:

This piece is dedicated to all of the Indigenous children & youth who have been impacted by the residential & day school system, and all of the other systemic injustices that settler-colonial states design, enact and perpetuate. 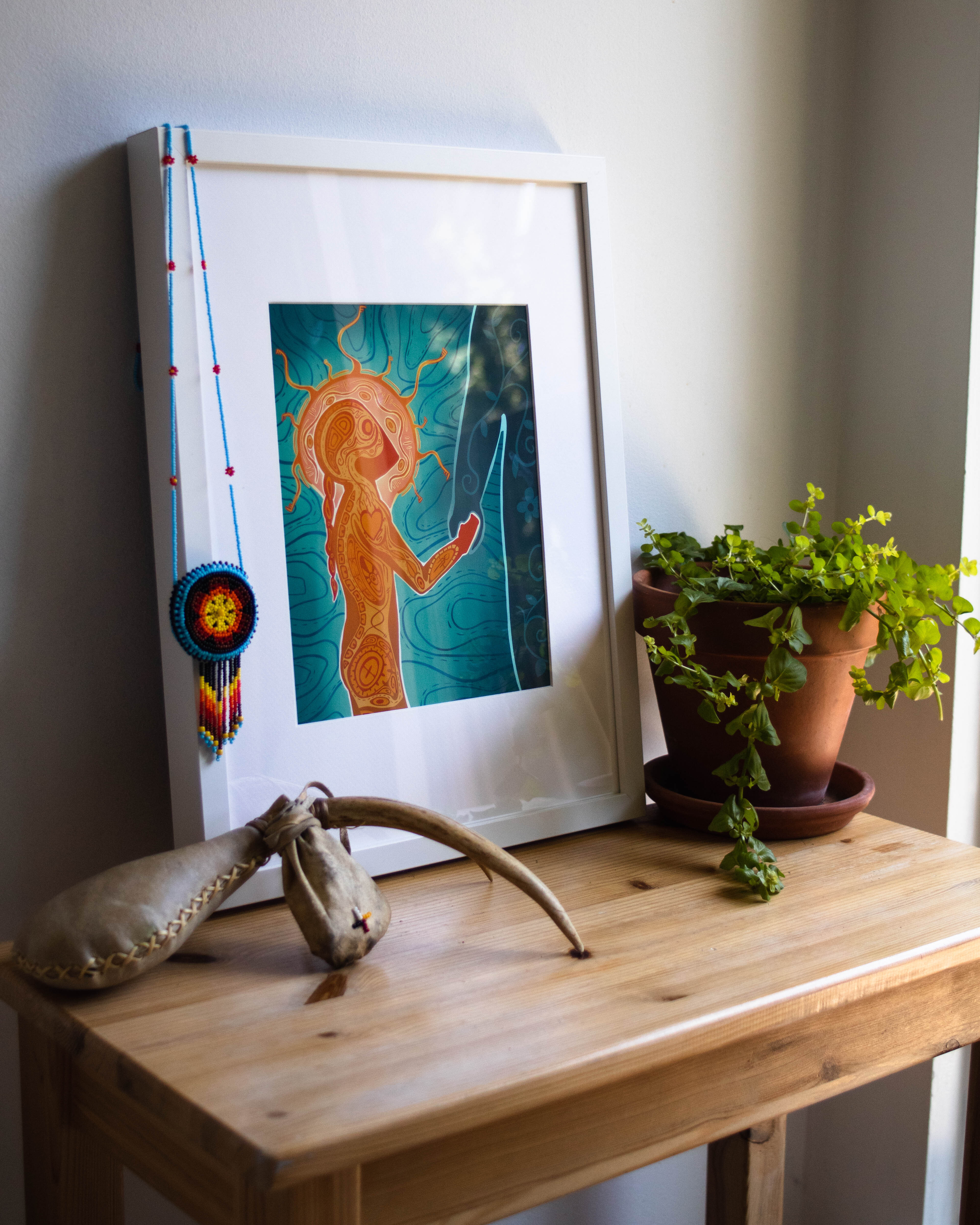 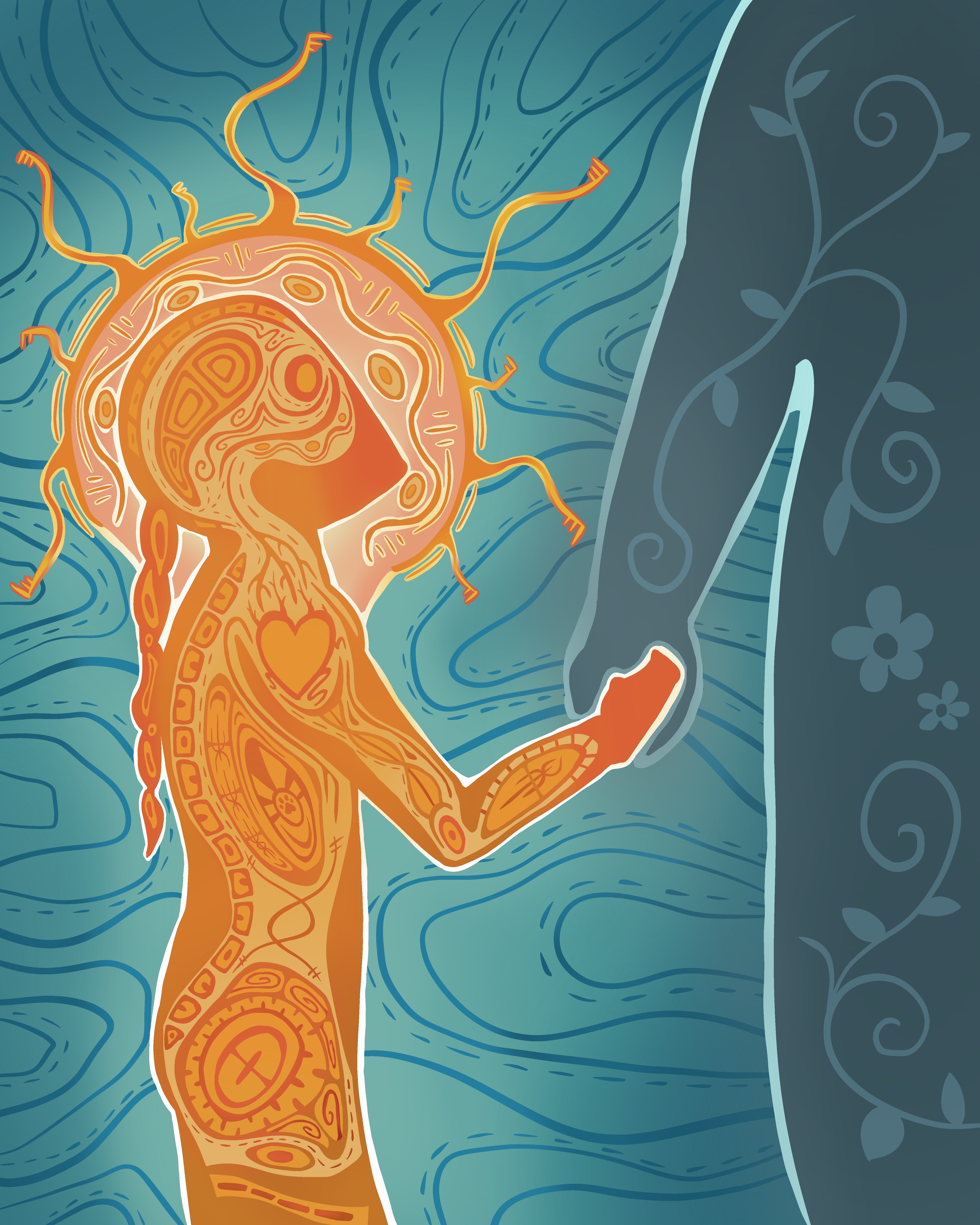 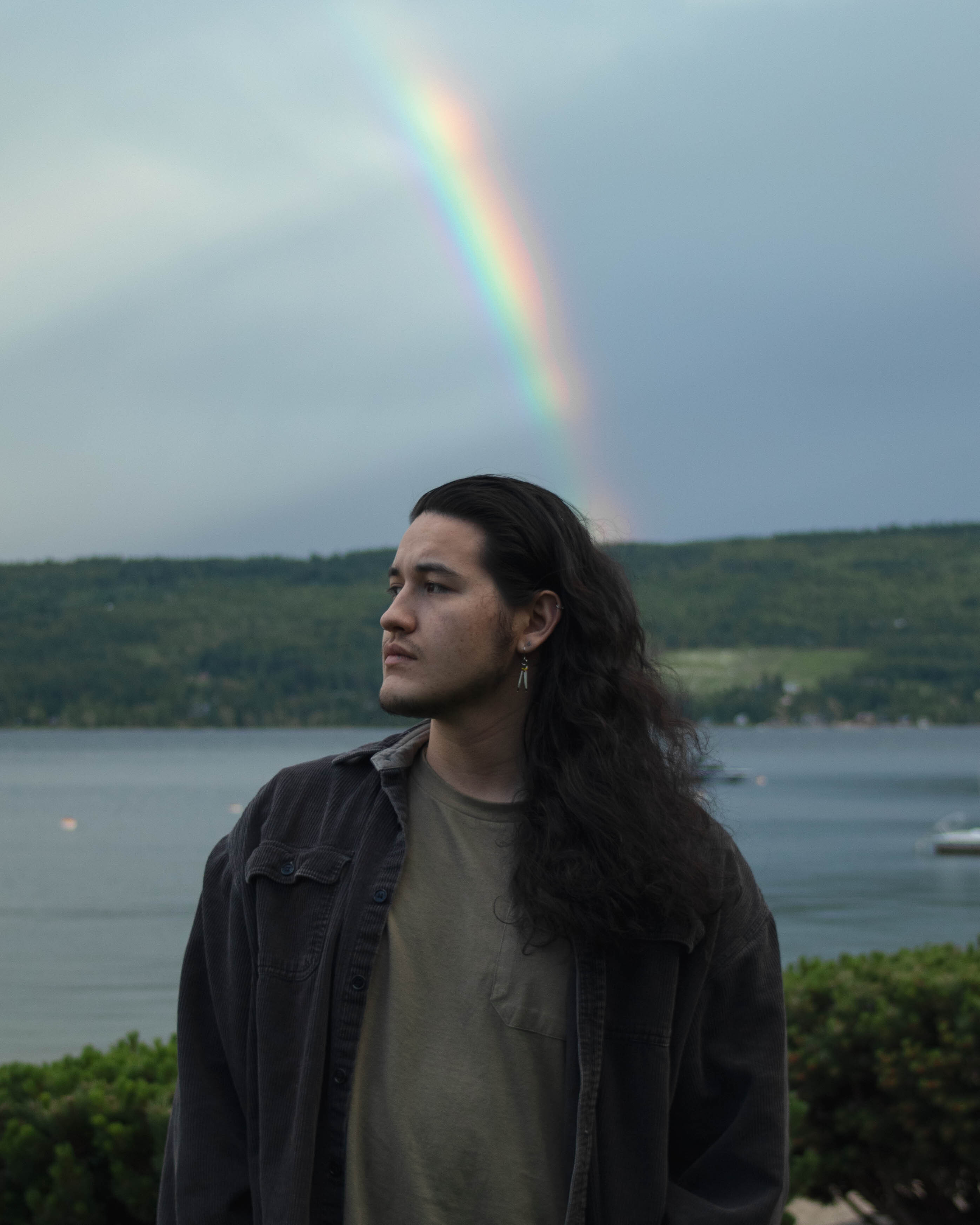 Caleb Ellison-Dysart is a Nîhithaw multidisciplinary artist specializing in 3D Animation & Modelling. He creates an aesthetic that is raw and authentic, celebrating his Nîhithaw culture and an innate, ancestral connection to the land. 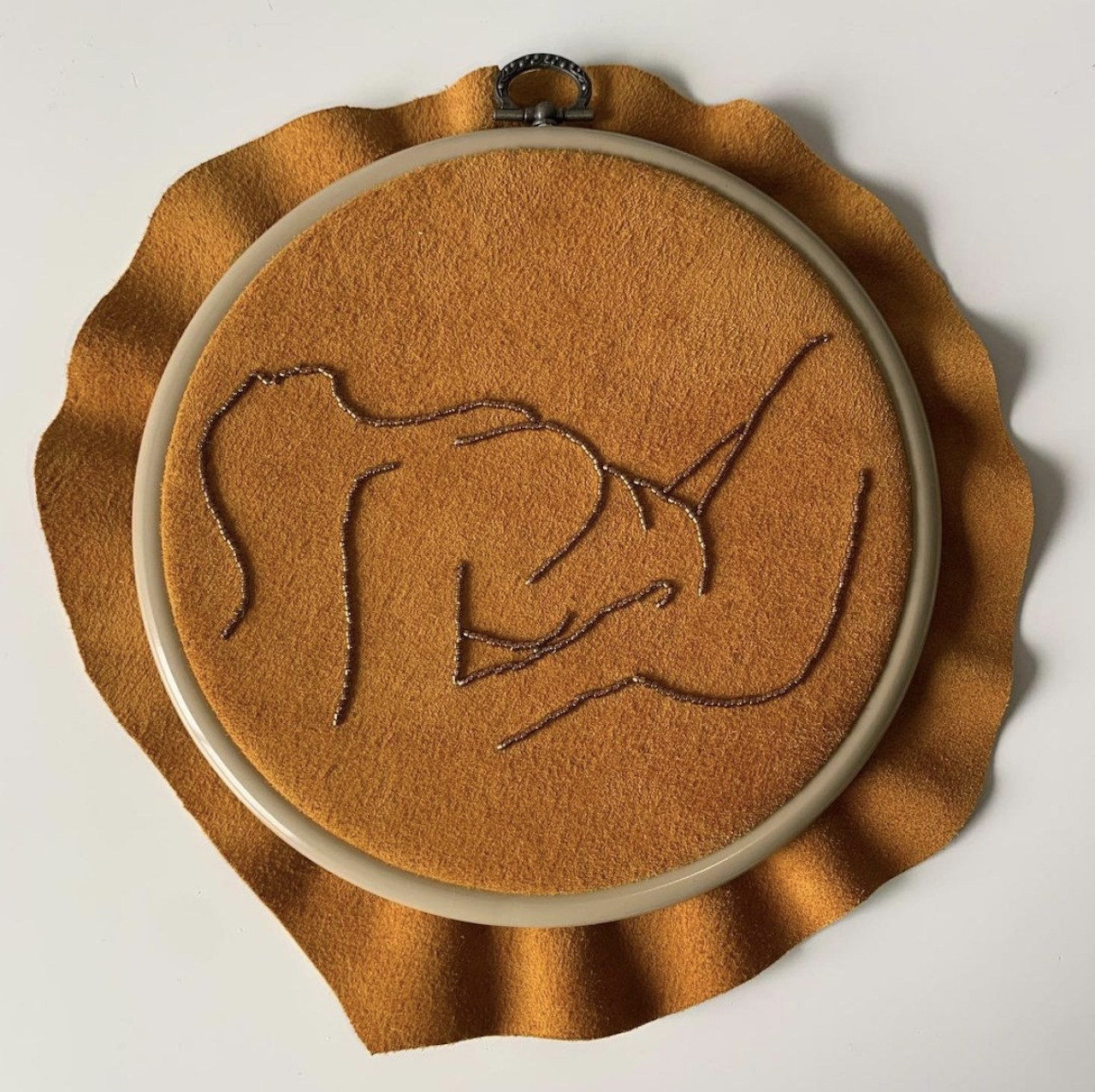 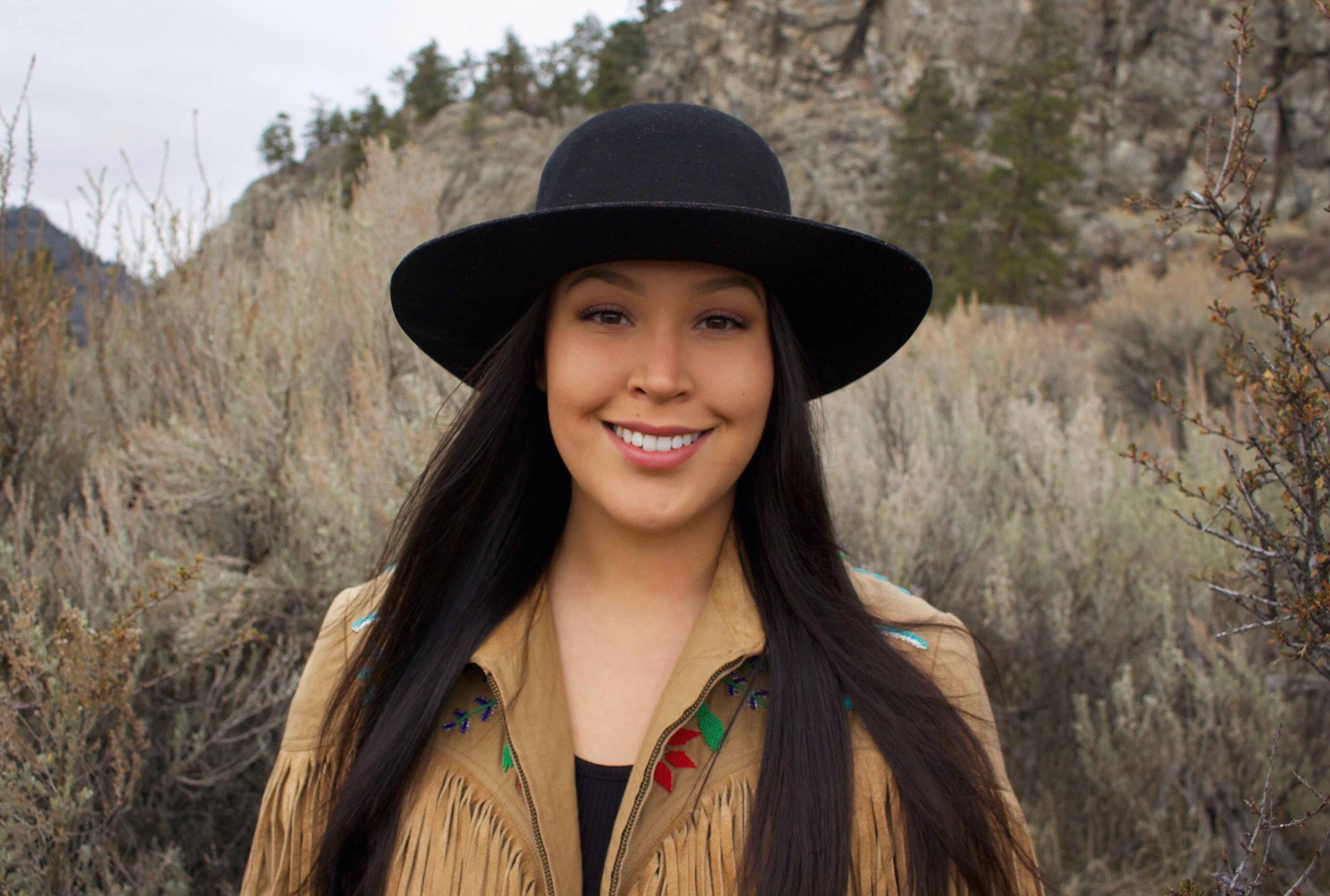 Taylor Baptiste is an ECU Foundation Student from the Osoyoos Indian Band of the Okanagan Nation. She is inspired by the land that raised her, and uses her art practice as a way to explore and express her identity as an Indigenous woman.

Presented with the opportunity to make anew, and standing at the cusp of substantial change and upheaval, I prompt us to reflect on the constructed landscape: who defines paradise, and what is subsequently obscured by that definition? 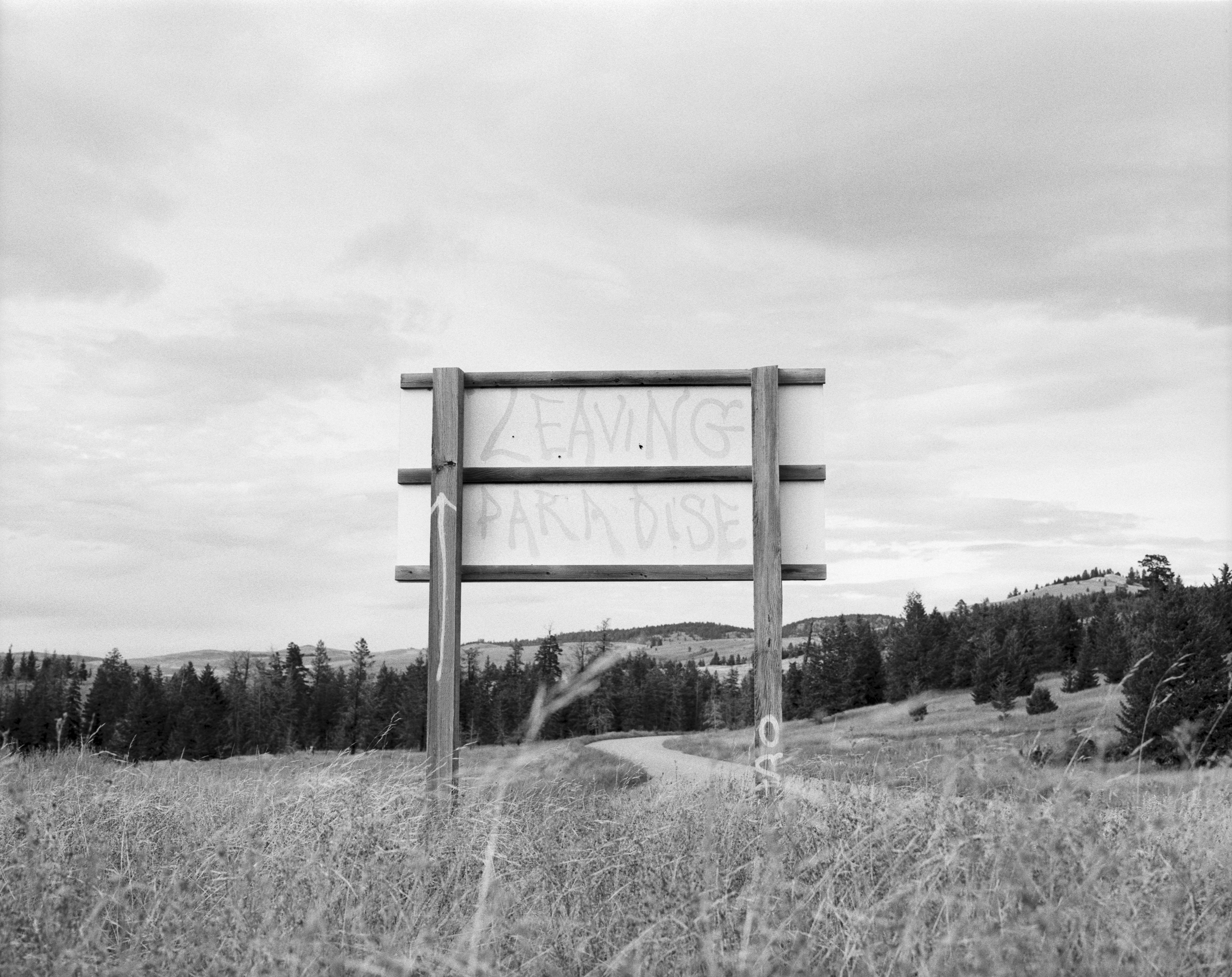 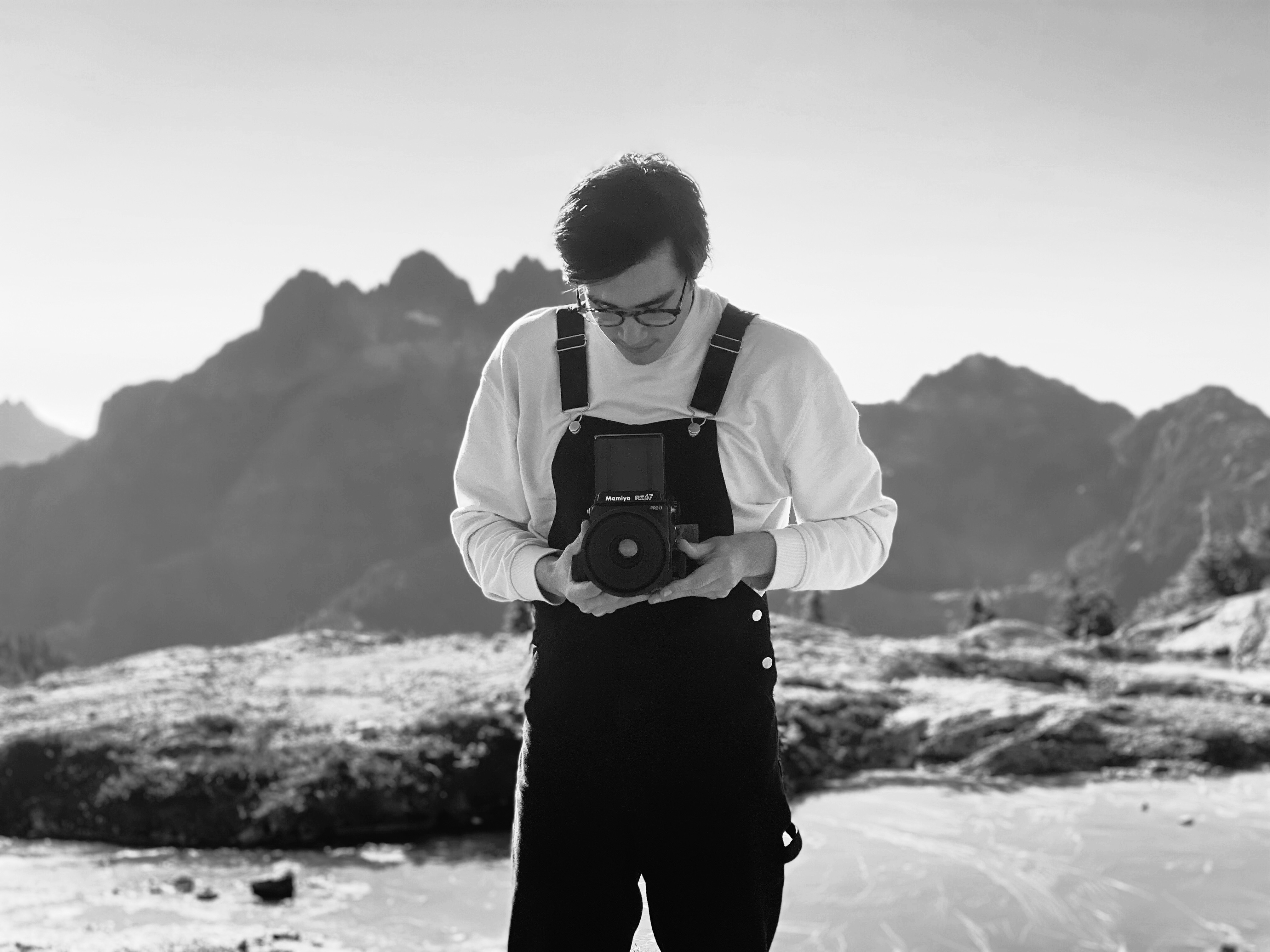 Jaiden George is a Vancouver-based photographer primarily interested in exploring the blind spots, inconsistencies and overlaps that arise as a result of the complex entanglement of people, land and culture.

“Stop” is comprised of steel wire and Himalayan blackberry, which I chose for its aggressive qualities. Each cane is bent nearly to its breaking point and bound by wire. The piece contains a massive store of energy, representing a latent threat. 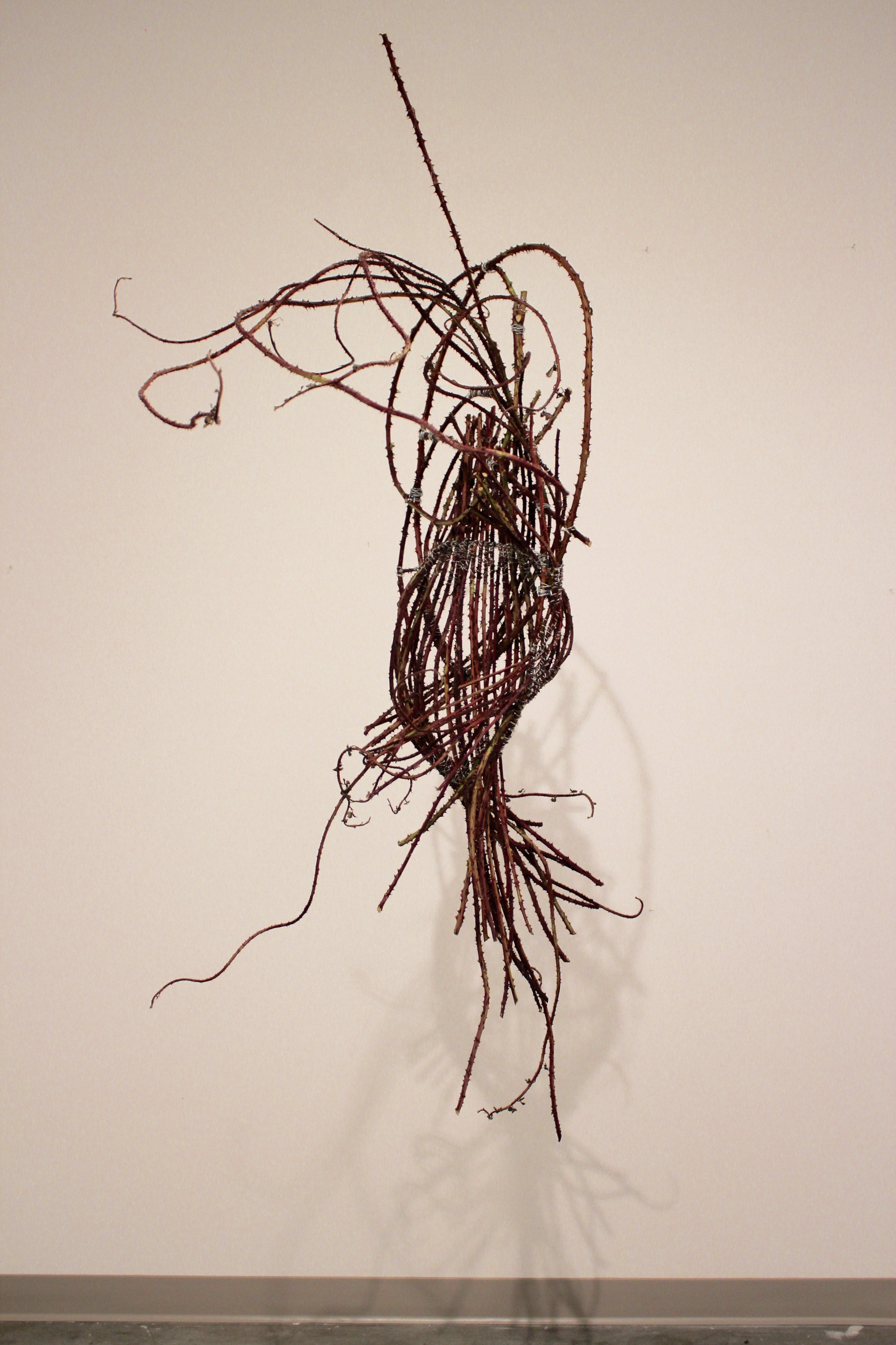 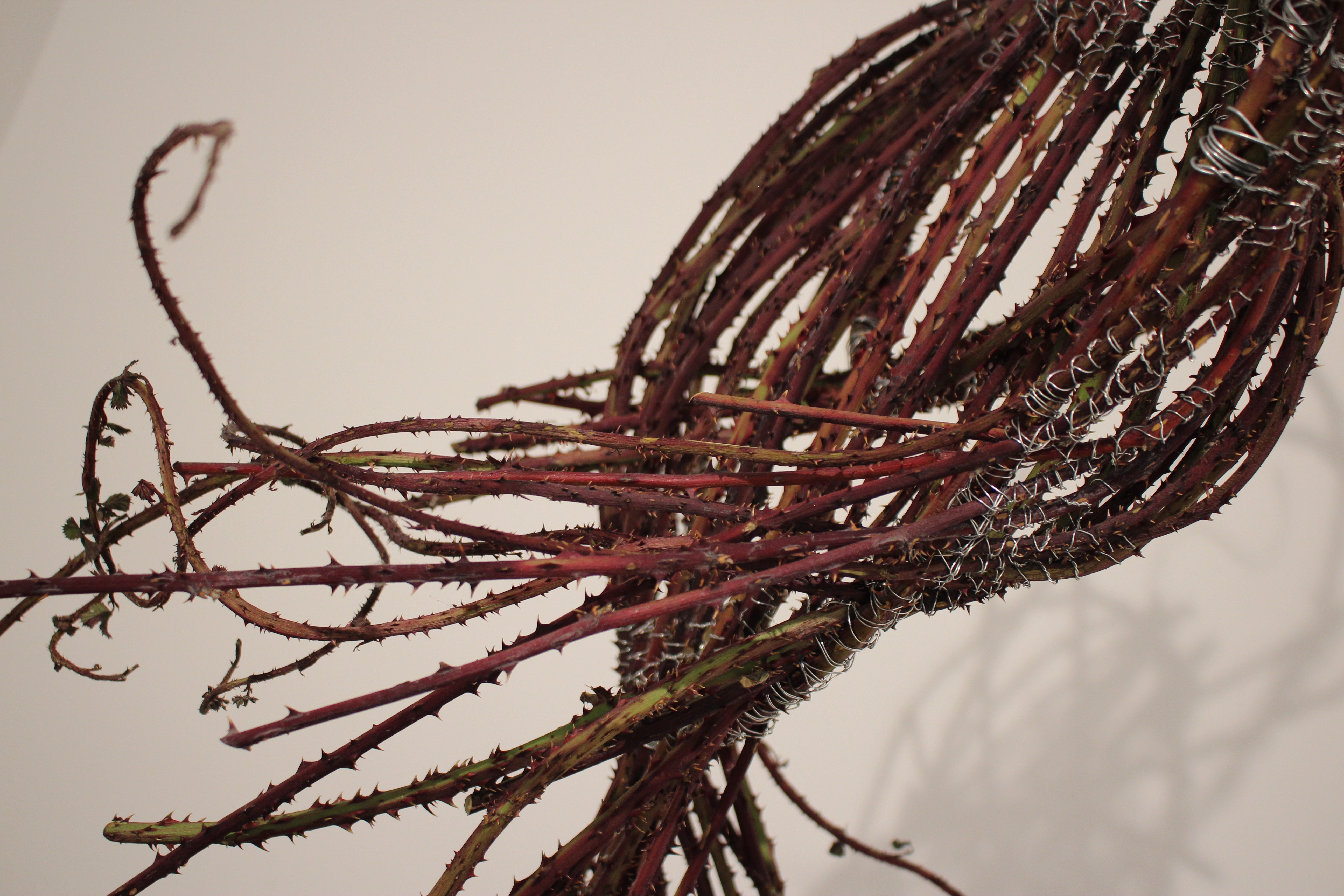 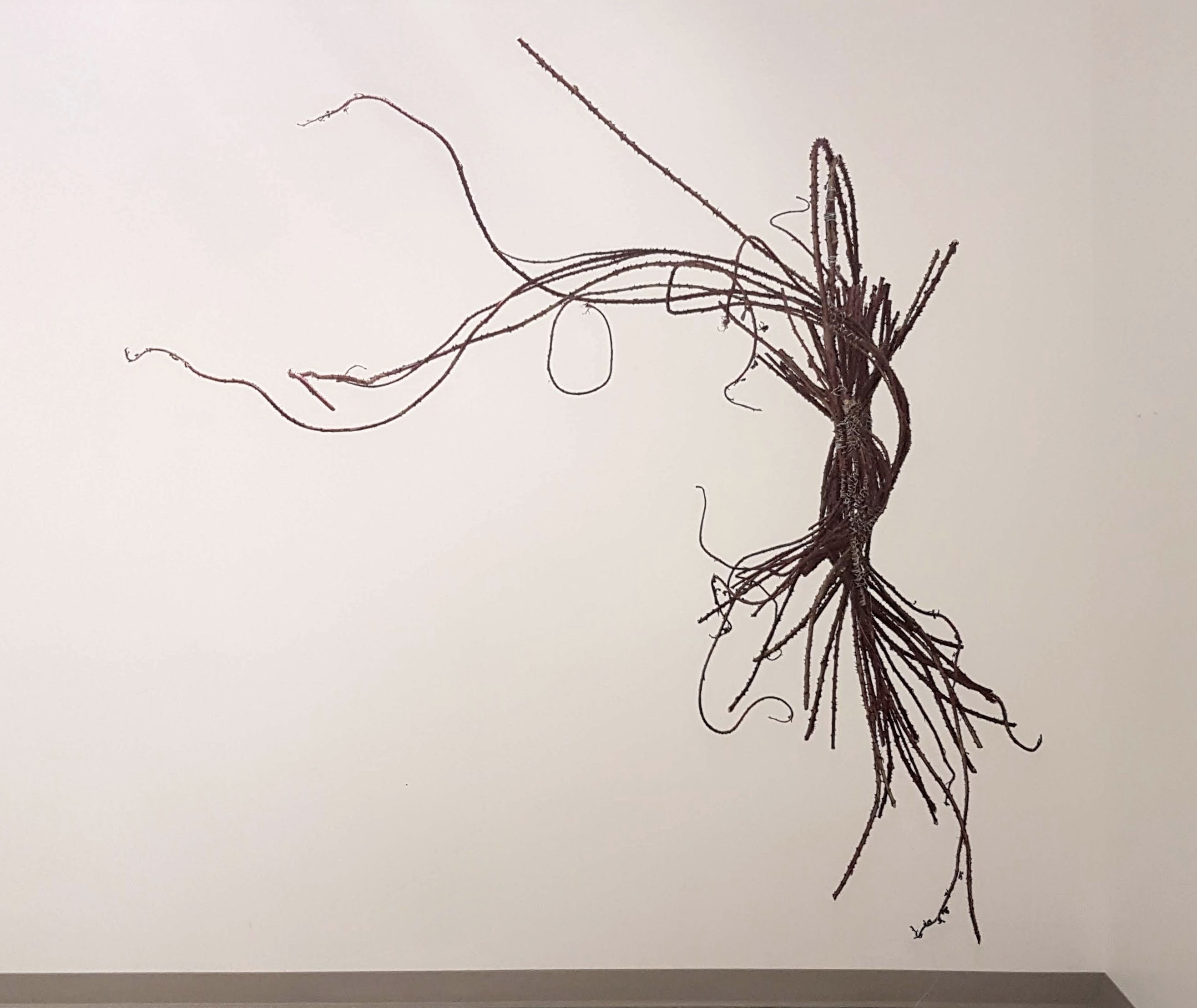 My work explores how time, place and trauma converge as formational aspects of the self. I use natural materials to create these coded narratives using floriography, my personal associations with plants, as well as their cultural significance.

Participating in protests against logging old-growth trees on Vancouver Island is about more than protecting forests, Naas tells me. For Naas (a camp alias being used by request), standing with protesters at Fairy Creek is about defending a vision of a sustainable, equitable future, where social and political norms prioritize people and place, instead of profit.

“Ultimately the way to achieve that future is recognizing and respecting Indigenous law and land sovereignty,” Naas says, “The First Nations are the original caretakers of this land and if there is to be hope of recovery, we must allow Indigenous land stewardship to resume.”

Naas, a Two Spirit artist and ECU student currently between his first and second year, is from the Hesquiaht First Nation. As of May, he has been serving as a camp cook on the frontlines of a fight to preserve one of the last stands of ancient trees in British Columbia.

For nearly nine months, protesters at what is broadly known as the Fairy Creek Blockade have been blocking logging company Teal-Jones from accessing a number of stands of old-growth forest in a remote region of southwestern Vancouver Island. Occupying strategic locations in camps along logging roads and on bridges near Port Renfrew, the groups have prevented fallers from accessing the Caycuse watershed to harvest the trees, many of which are hundreds or even thousands of years old — trees that protesters say represent less than three percent of remaining old growth in the province.

And by some accounts, the pressure may be working. On June 9, the BC government announced it is deferring the harvesting of old-growth trees in Fairy Creek and the Central Walbran Valley for two years. The move came following a request from the Huu-ay-aht, Ditidaht and Pacheedaht First Nations to defer old-growth logging while they prepare stewardship plans. But the deferral represents only a start to the work Naas hopes the blockade might accomplish.

“These protests really represent a huge push for recognizing toxic systems, and recognizing we need change, even if it seems impossible at this point in time,” he says. “Because if we don’t change — if we don’t confront extractive resource practices and this idea of working-to-live — there’s not going to be anything left.”